One of best parts of the sport card hobby is conducting research to determine when to buy and sell cards of specific players.  The most effective research method is to watch players play games.  However, it is often helpful to validate what you observe with statistical analysis.  For basketball, my favorite website for statistical analysis is FiveThirtyEight, which projects how good a player will be by dividing each member of the NBA into one of the following categories:

For purposes of this article, we will look at NBA players in the first four categories above as determined by FiveThirtyEight, along with the price of their Chrome or Prizm rookie in PSA 9.  We will then determine if there are any buy or sell opportunities.

At first glance, Harden appears to be an outlier, but keep in mind that this card, like all 2009-10 Topps Chrome cards are numbered to 999, which pushes up the value.

In this group, I would be wary of buying Harden and Davis.  Lots of folks like the Lakers and Nets for the NBA title, but both clubs are injury prone.  Luka is a concern because of the high PSA population count on his Prizm rookie, and Leonard is priced about right. 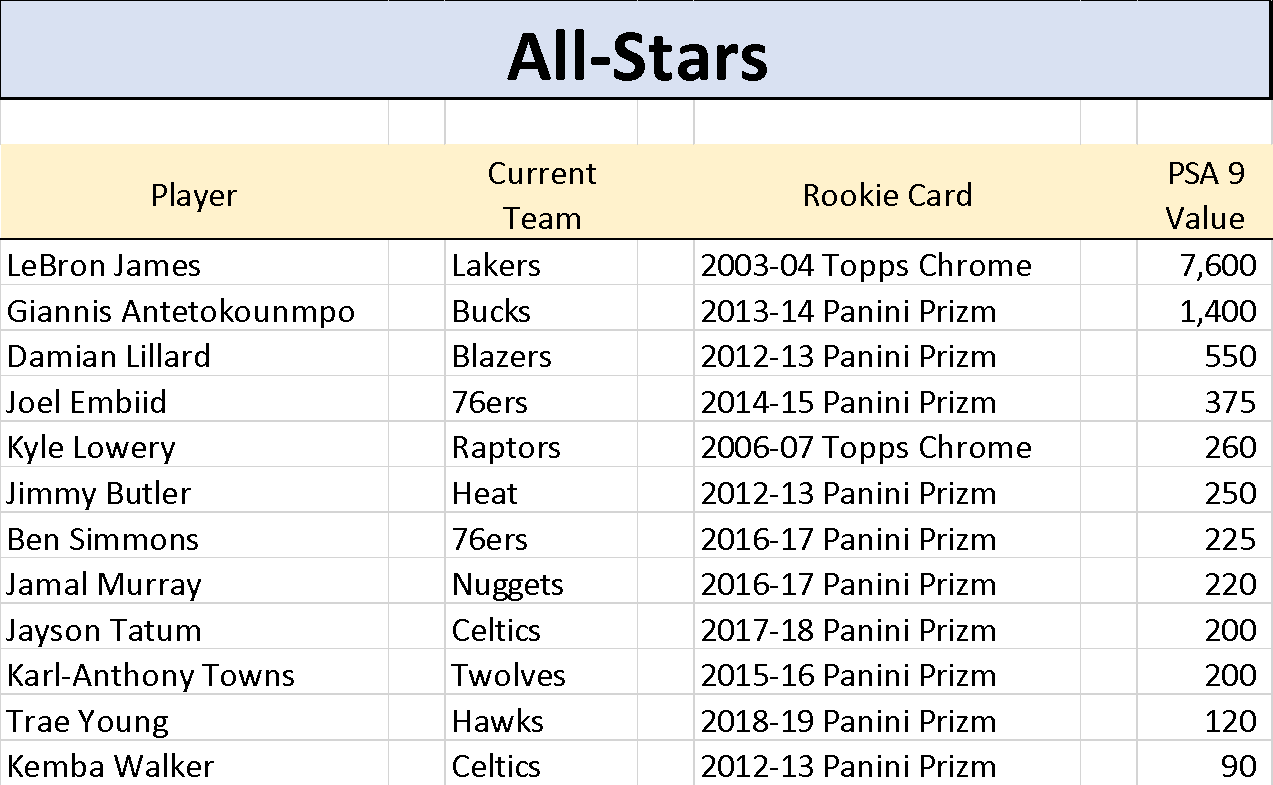 In the All-Star group, I would consider selling the Giannis.  He is a specular player and has a bright future ahead of him.  However, he is locked-up in a long-term contract with a small-market team and no clear path to a championship.  These factors will hold down his card values long-team.

Kemba Walker is an intriguing possible short-term playoff flip.  To be clear, I do not recommend Kemba as a long-term hold, but at $90, his rookie is low risk.  You might be able to sell this card for $300 in June if Walker gets hot and/or the Celtics win a couple of playoff series. 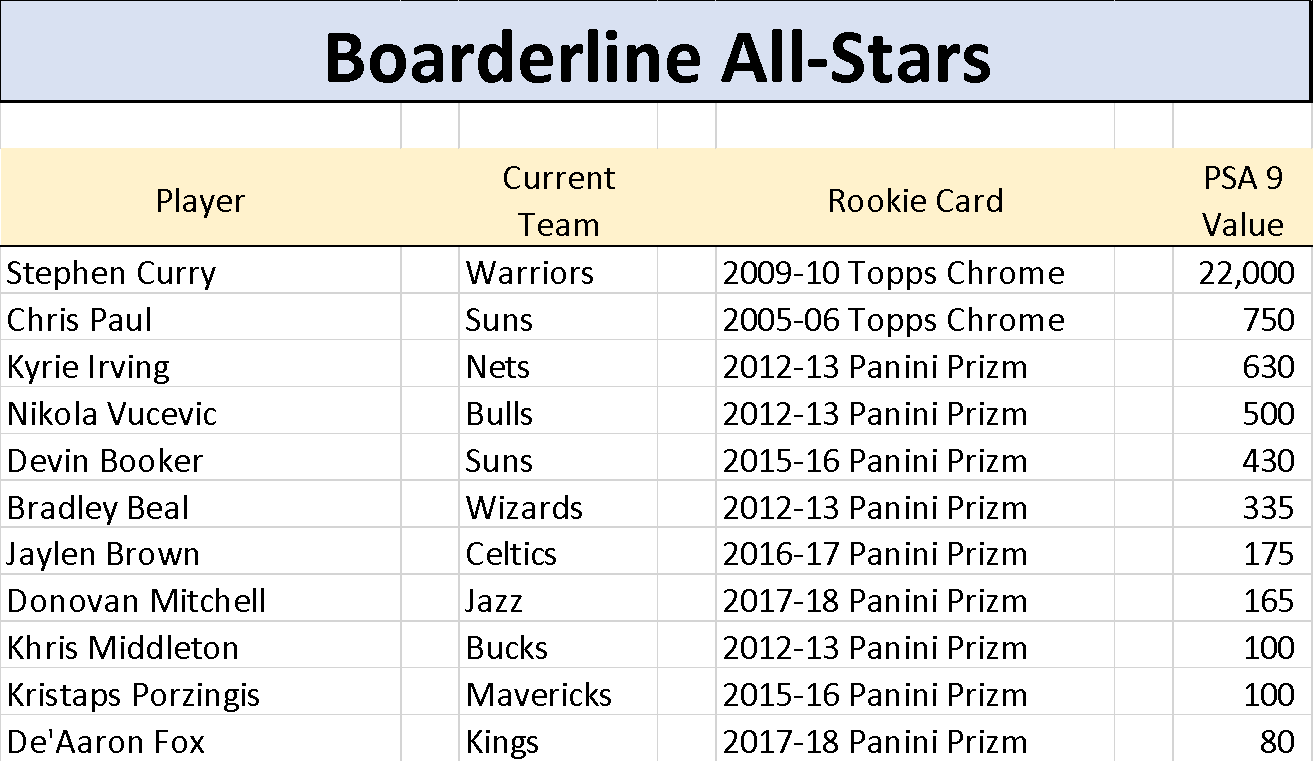 I would sell the Irving and Vucevic from this group immediately.  Irving is injury prone and will not make the Hall of Fame.  Additionally, his team, the Nets, looks less like a title contender each passing day.  Vucevic is a nice player, but if the Bulls manage to sneak into the playoffs, they will exit almost immediately.  At $500, there are probably 1,000 cards I would rather own than a Vucevic Prizm rookie.

On the buy side, I would consider De’Aaron Fox.  He is stuck in the basketball swamp of Sacramento, but at less than $100, he seems like a good bet.

As a young star on a contending team, Ayton looks like a buy to me.  I would also be looking to pick up a couple of Ball rookies at the $50 mark.  Even though he is almost universally reviled in the hobby these days, I think Lonzo has a long NBA career ahead of him and his card values will eventually increase.

As long as his Prizm rookies are north of $150, Zion is a sell for me.  A high PSA population count and Zion’s injury history makes his card risky over the long-term.

Bonus Recommendations:  FiveThirtyEight classifies three players – Chicago’s Patrick Williams, Charlotte’s LaMelo Ball, and Minnesota’s Anthony Edwards as Great Prospects.  At the time of writing, the 2020-21 Prizm rookie cards for these players had yet to be released.  Therefore, they were not included in the above analysis.  Early indications are that this trio can play at the NBA level.  When I attend a local card show in a couple of weeks, I will be looking to pick up some Hoops and Mosaic rookies of these players on the cheap.  Wish me luck!

How about you?  How do you research players to buy and sell?  Do you agree or disagree with the above classifications and analysis?  I would love to hear from you!  Please leave your comments in the section below.

Dan is married, has a daughter and son, and spends most of his days engaged in financial compliance activities for an insurance company.  He has been known to overuse caffeine and has been collecting and trading sports memorabilia since 1985.